After firing up my first 8 Game of Thrones sculptures, I started making Sandor Clegane and Sansa Stark. I’m going to use a bit of a different approach with this next batch (8 more). I’m going to do all the heads first, and then once I’m done I’ll do the bodies. This approach will allow me to spend more time on the faces (one head per night) then I can take as much time with the bodies. Also, thinking about instead of doing just plain figurines, I’m going to start making “scenes,” much like I did with Ned Stark and his “Winter is Coming” sword-holding scene that became a staple for the series. 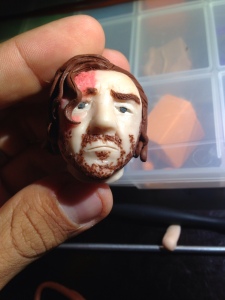 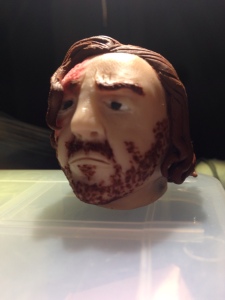 DadVersus...My attempt to find humor in a beautiful, weird world.

The latest news on WordPress.com and the WordPress community.

(one gal getting more out of life by spending less)

Bringing you the latest news, before it happens!

Owlin' at the Movies

a never-ever objective look at the movies

I made the impossible easy in both worlds!

Top 10 of Anything and Everything - The Fun Top Ten Blog

or every other day, maybe